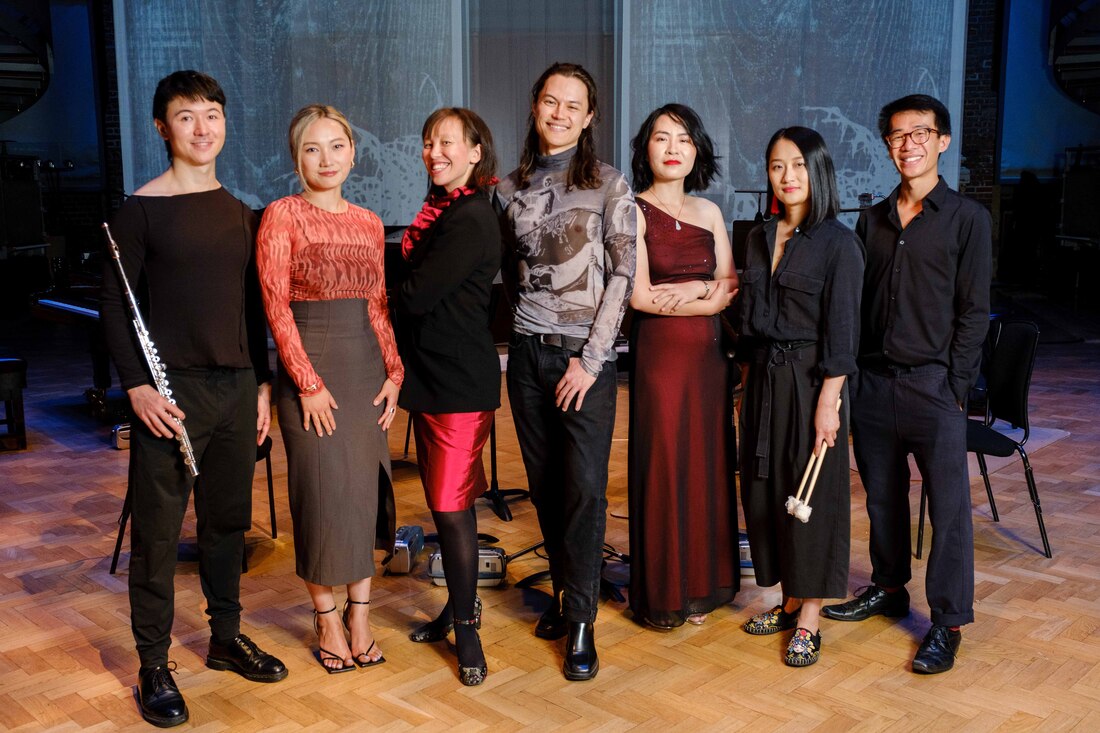 Made up of researchers, composers and performers of Chinese and western instruments, the group launched in 2019 as recipients of the Chinese Arts Now Artist Development Bursary and winners of Nonclassical's Battle of the Bands. They have worked with the London Symphony Orchestra, Silk Road Ensemble, New Earth Theatre, and are currently Associate Ensemble at SOAS University of London. Most recently, they have been announced as recipients of Jerwood Arts' inaugural Live Work Fund and Genesis Foundation's Kickstarter Fund.

Tangram's compositions and performances delve into the richness and multiplicity of transnational Chinese experience, encouraging audiences to engage in nuanced cultural exchange and deep listening across perceived borders. Through the emotional languages of music, they hope to transcend the pervasive assumption that China and the West are mutually exclusive entities, in favour of imagining more interconnected futures.

Discover the music we make on our YouTube channel.
"Tangram are a collective we should all listen to. They have a distinctive group personality, taking us well beyond clichés about East-West connections and breaking down barriers. Their ideas are at the cutting edge of contemporary debates around identity and how this is expressed and communicated in musical terms."
​- Caroline Potter, I CARE IF YOU LISTEN

Alex Ho and Reylon Yount first collaborated in 2018 on a new piece for solo yangqin, Rituals and Resonances.

The piece reflects on shared experiences of our diasporic identities, and on what creating and performing a piece of new music on the yangqin meant for us at that time. The process was hugely generative and we felt there was more in the collaboration than could be expressed in a single piece. We worked on several further projects in the next few months including a yangqin concerto for the Cambridge University Chinese Orchestra and a yangqin-guitar duo for Syracuse University ​as well as recording Rituals and Resonances at Abbey Road Studios later that year.

Through these projects and through numerous badminton sessions, the idea to form an artist collective dedicated to Chinese diasporic culture emerged. We had met several outstanding artists who shared our vision for a wider musical space that included more music influenced by non-Eurocentric traditions, and so in January 2019, Tangram launched at LSO St. Luke's as part of Chinese Arts Now Festival.

Find out more about Alex and Reylon's process in this 10-minute film by Ted Mair, For lack of a shared language.
"[Alex Ho's new stagework,] 'Untold'  was a very special event. I felt like I was watching both an ancient form of performance whilst at the same time witnessing an entirely new form of music theatre emerge. I loved it."
- Michael McCarthy MBE, Artistic Director of Music Theatre Wales